“I’m afraid of losing my relatives and friends. Afraid of running out of water and food”, Kateryna, 26, Berdiansk 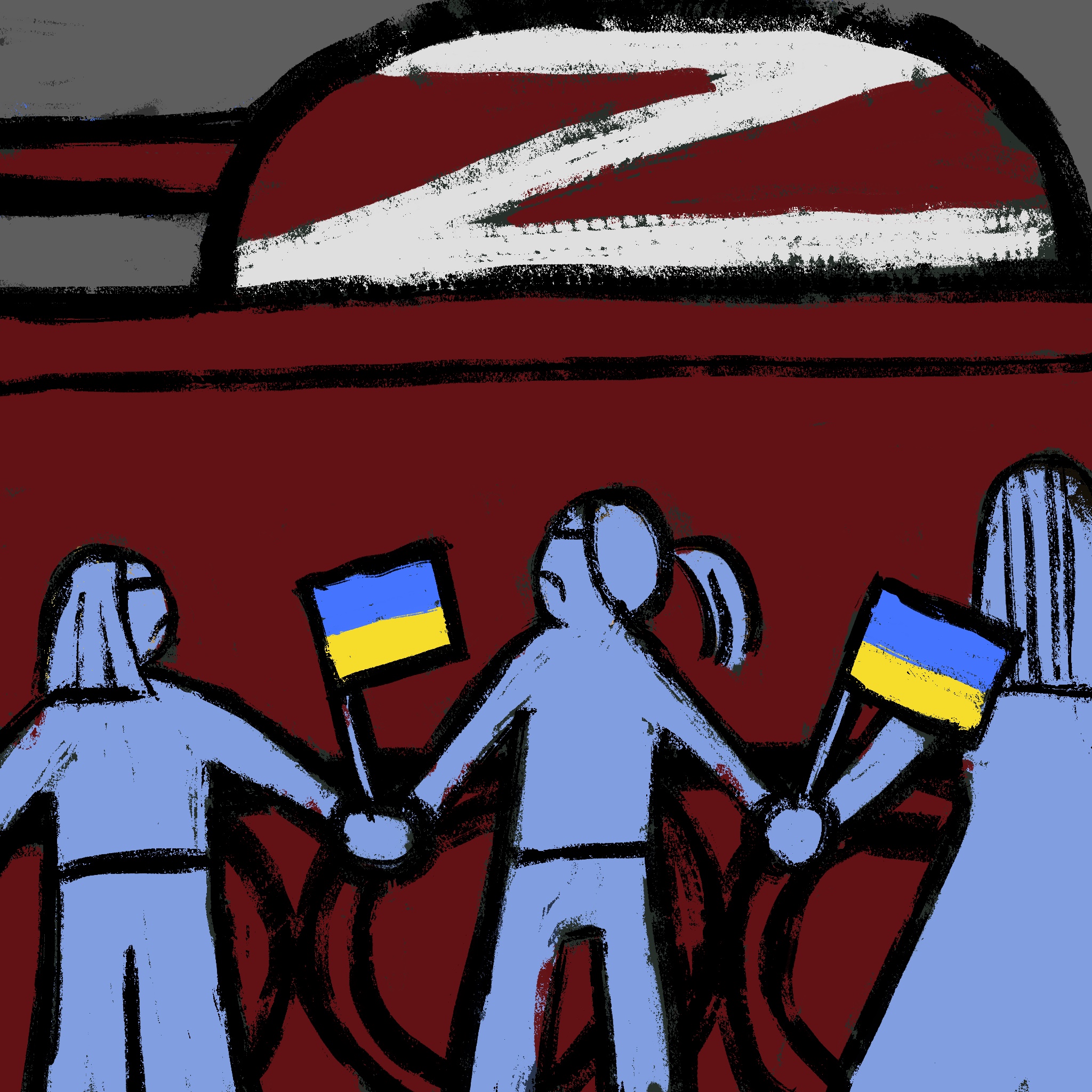 Kateryna, 26, is an analyst for an IT company and an environmental activist. Recently, she had lived in Lviv, but a couple days prior to the full-scale attack of Russian troops she arrived at her hometown, Berdiansk, to visit her family. Today this town in Southern Ukraine is occupied. Kateryna got stuck there together with her mother, younger brother and grandparents.

“I had a feeling of something bad coming but never thought there would be mass shellings in Ukraine. I thought that in case of an emergency my family and I would manage to go to Zaporizhzhia by bus. But we couldn’t, because they started attacking from different directions. Even when the buses were still running, we were afraid to get under fire.”

Just a few days after the beginning of the full-scale war, Berdiansk was occupied. My acquaintances wrote that the occupiers were driving around the neighborhoods and shooting into the air. They even took a bag with food from a woman right in the street.

Berdiansk residents started coming out to the central square to protest. Kateryna and her mother also went there and sang the Ukrainian anthem while standing next to Russian tanks.

“There were people in their late 40s, mostly women, because they’re scared to let men out now, so my mum didn’t allow my brother to go either,” Kateryna says. “There were many teachers from my school. In daily life, they don’t engage in civic activities, just live and work, but they came there, too.”

Kateryna wanted to cut the tires on Russian equipment but her neighbors asked her not to do that, saying that Russians could respond by shelling. So it was a peaceful assembly. Then Russia launched a missile at the Berdiansk port. The missile flew over the people that went out to the town square. Kateryna supposes they intended to scare people that way. But the rally continued up until the occupants, armed with rifles, started to come out of the city council.

She recalls how the town residents tried to talk to the Russian military. They were sincerely surprised that we were not happy to see them. They said, “But we’ve come to protect and liberate you.” “But for now they are ‘liberating’ us only from water and the internet,” Kateryna told us.

When the occupiers were entering the town, they damaged the water supply and injured a Vodokanal employee who came to repair it. They shot at internet cables, so barely anyone has an internet connection at the moment. Mobile connection in Berdiansk is also unstable.

The town administration has announced that there is no official collaboration with the occupants and the situation is under control: the water supply is being repaired, drinking water is being distributed around the districts, and electricity, which was occasionally shutting down on the outskirts, is also being restored. Shops are open only for half a day.

“I’m afraid of losing my relatives and friends in other cities, especially those which are under massive shelling. There could be a siege, people could run out of food and water—I’m scared of that. I’m scared of battles near Mariupol, because I know that there is a lot of Russian military equipment there and the occupiers also get support from Berdiansk. I’m afraid of big losses. Each of our losses is so very painful.”

When sirens go off, Kateryna’s family hides in the corridor. They don’t have a basement. The closest bomb shelter is a five minute walk away. However, it is designed for a small number of people and it is dangerous to walk there openly under the shelling.

“War is becoming our daily life. And it scares me a lot. In the first days, I was shaking from explosions but now—well, there was a boom, I will stay away from the window. I don’t want us to get used to it. I want to have the life we used to have—with our Donbas, our Crimea, without war, without Russia. I want only us to be responsible for our future. Don’t want to think that I might not come back. I want to see my friends and have a normal life. I want to make plans for the next month. Or at least, for the next day.”