“I know what it’s like to grow up on state propaganda”, Dariia, 25, Aktobe (Kazakhstan) — Kharkiv 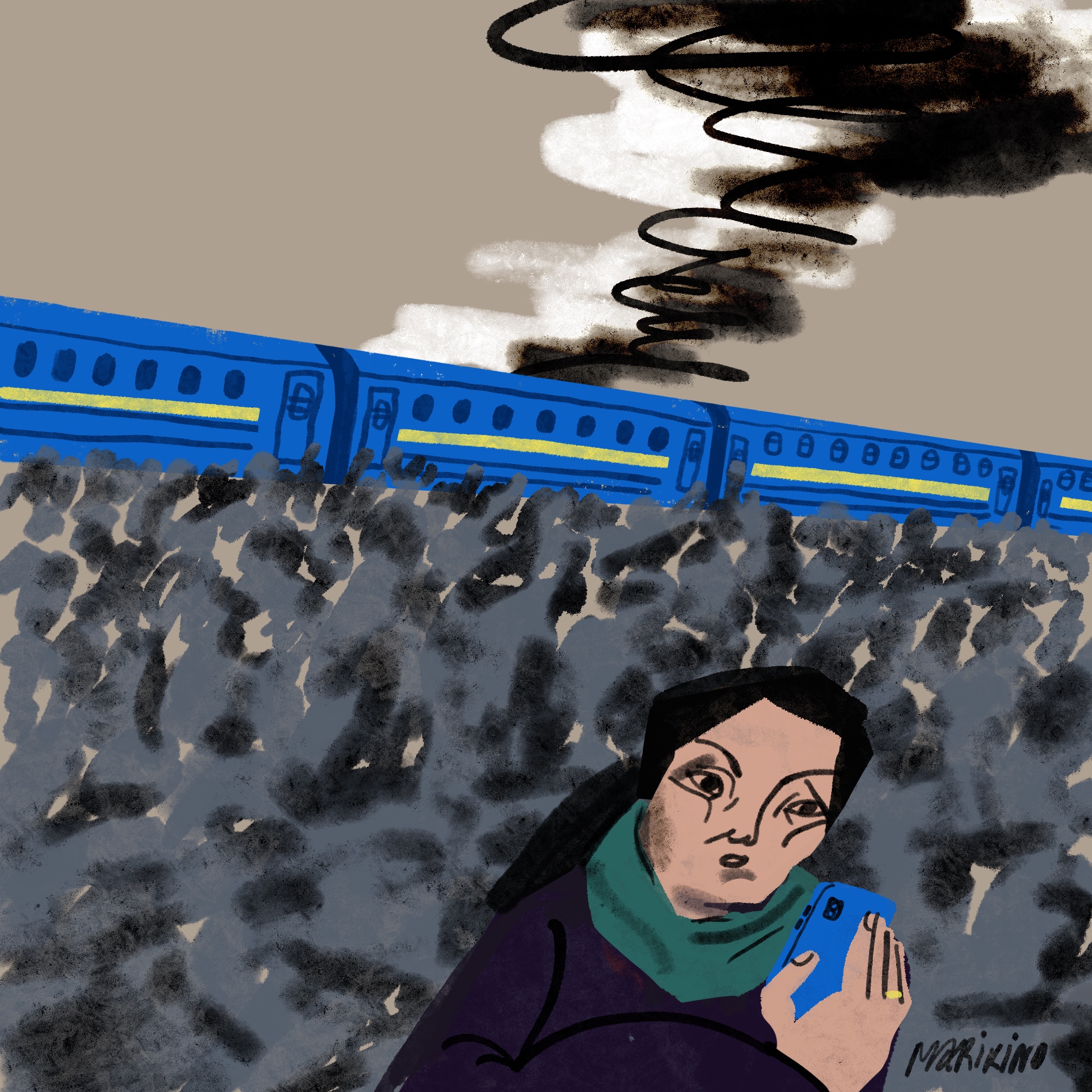 Daria is 25, and she is from Aktobe, the second largest city in Kazakhstan. She got her degree in Kharkiv and then married a Ukrainian man named Serhiy. They bought an apartment in a new building in Kharkiv.

Daria wanted to stay in the city both when the first news pieces about preparing emergency suitcases were published in the Ukrainian media, and even when the first sounds of war were heard on Thursday, February 24, at around 5 a.m.

“We refused to believe in what was happening,” she said. “That’s why we were not afraid in advance and didn’t try to leave.”

On the fifth day of war, when the occupants shelled the civilian areas of Kharkiv, the couple were truly frightened for the first time: “My husband and his parents started pressuring me to try and get go to Lviv, from which I, as a foreign national, would be transported to Kazakhstan through Poland. But the problem is, if you get stuck in the East, few people will help you.”

The South Railway Station in Kharkiv, where the girl and her husband arrived three hours before the departure of the evacuation train, was full of chaos. “When we arrived on the platform, the carriages were packed, all doors were closed, and there was a crowd of people on the platform who did not get in.” They had to wait for the next train. But when Daria got into the next one and saw that there were no free seats left and the entire corridor of the carriage was full of people, she immediately jumped out of the train:

“I was afraid of everything—the crowd, being without my husband Serhiy, standing next to a window without any protection which can be bombed any time. I just got out and started crying. I think it was a panic attack.”

Leaving by car seemed even more horrifying. There is fighting on the roads to Kharkiv. While leaving, you can get under fire, both from the ground and from the sky. In this situation, many Kharkivans are fighting online: writing comments, providing evidence and arguing with the Russians. Daria is also on the phone, but, as a daughter of the authoritarian Kazakhstan, she does not expect serious protests in Russia. “I know that our president is very much looking forward to riots in Russia. But I also know what it’s like to grow up on state propaganda. So, in my opinion, only a tiny percentage will come out to protest in the streets. First, because they are simply afraid to end up in jail. Second, because of the mentality.”

For now, Daria urges all Ukrainians not to give up and to believe in the future. Because she is confident that Ukraine will definitely have it.

Daria asks to publish her story without her name or photo: she is afraid that when she returns to Kazakhstan, she will be in danger.