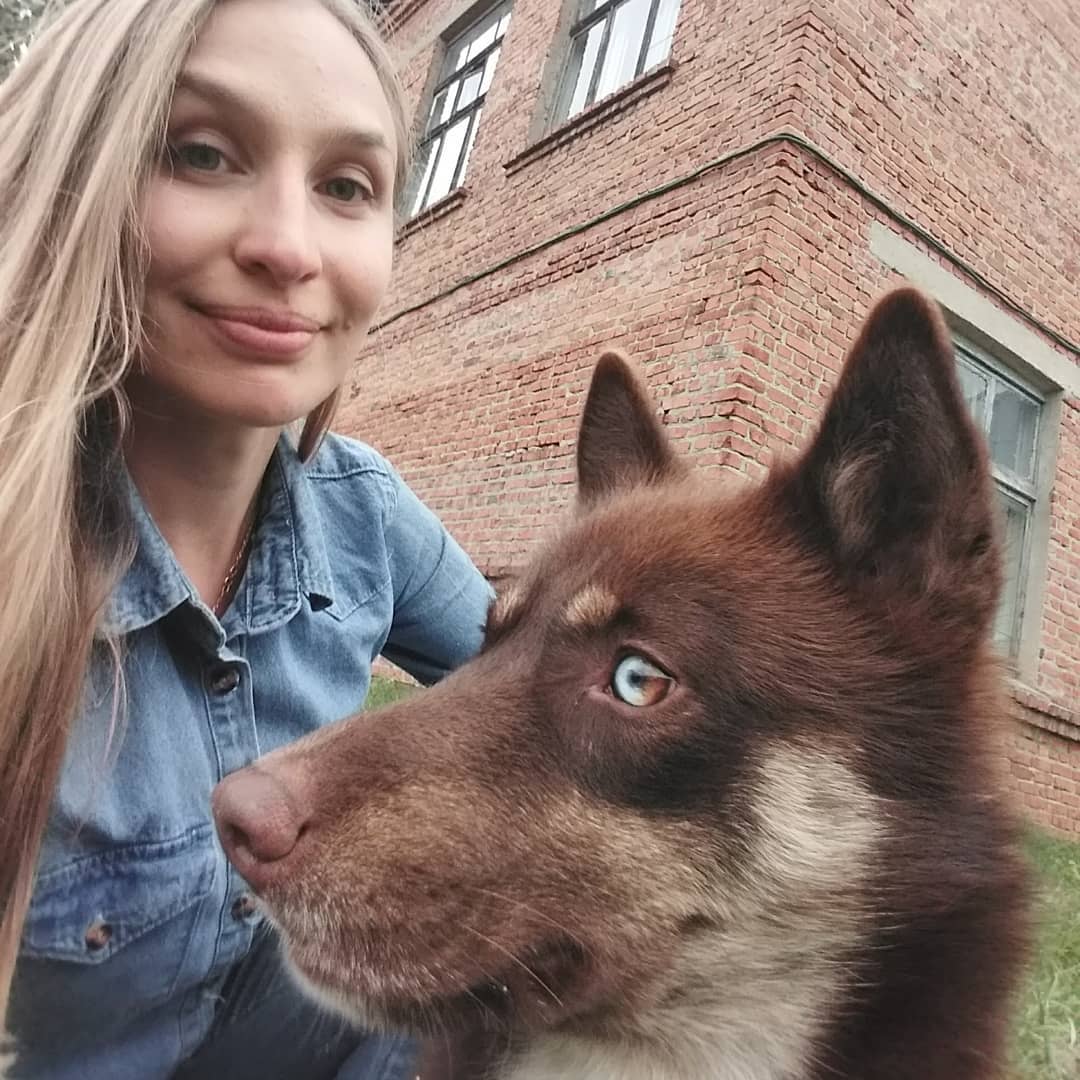 Aliona lives in Sumy with her husband and her cat. She’s 27, she is a translator, tutor and editor of an economics journal published in English. She heard about the beginning of the war by phone.

She recalls February 24: “At around half to six, my husband got a call from his friend, saying that his kid should not go to the kindergarten and that there are tanks at the border. My parents live close to the border, in Shostka District. I started calling everyone.”

Sumy Region has an unfortunate location. Russian occupation forces are ruthlessly bombing and shelling Sumy and the surrounding areas. But Aliona and her family are staying here.

“I haven’t left. It didn’t even occur to me to leave, because I want to defend my land. I want to fight.”

After all, it’s hard to get out of Sumy nowadays. There are daily threats of air raids or shellings. The other day, the Russians shot at a civilian car on the city’s outskirts. There was a family with three kids inside, including a baby. A woman died.

Aliona says that there were long lines to ATMs, pharmacies and grocery stores on the first days. Then everyone mobilized: they started preparing Molotov cocktails, sewing clothes for the Territorial Defense and Ukrainian national symbols, making anti-tank obstacles. People are printing leaflets saying “Sumy will stand strong,” hanging Ukrainian flags. Mutual defense groups have been set up in Viber and Telegram. “These days, I see one thing: people have come together.”

Today, Sumy is in urgent need of medicine, especially for emergencies. Aliona is collecting lists and looking for everything necessary among the people and in pharmacies. For instance, now they have sprays for sore throat, anti-cholesterol medicine and eye drops. Nothing else.

Volunteering is a part of her daily schedule. The woman has lost tutoring jobs due to the war. So she’s focusing on the journal and on talking to foreigners. She sends emails to foreign partners and scholars on behalf of Sumy State University. She tells them verified information about Ukraine.

“My day starts by calling my family and asking if everything is OK. I’m constantly worried about them. I have family in Kyiv and Kharkiv as well as in Sumy Region. It’s hard in Kharkiv, a friend of mine and her toddler are there without connection. I don’t know how to help.”

She says she has developed a new habit: a constant readiness to run for shelter with her things and her cat.

“We spent the first evenings in shelters. We can’t sleep properly. Sometimes you run to a shelter first thing in the morning. I constantly monitor the news, jumping from sounds in the street. Then I go back to my job. For now, I want to work as much as I can, as long there’s power and internet.”

Communication with loved ones and everyday chores help to survive the war. Especially cooking, cleaning.

“I can’t do it fully as much as before. I’m anxious. I don’t take anti-anxiety meds, but I try to escape through work, daily life. My husband calms me down, and I him… That’s how we live. What also helps is probably the desire to help someone with whatever we can.”

Aliona believes in Ukraine’s victory. She says that it’s the first point of her plan for the near future.

“I don’t know any other nation that’s so strong. I plan to have kids and live in Ukraine. I don’t want to leave. I don’t know what the situation will be, but I will protect my country, defend it, help wherever I can. I trust that we will have a bright future.”