“I haven’t cried for many years, but now I’ve started to”, Svitlana, Fastiv (Kyiv Region) 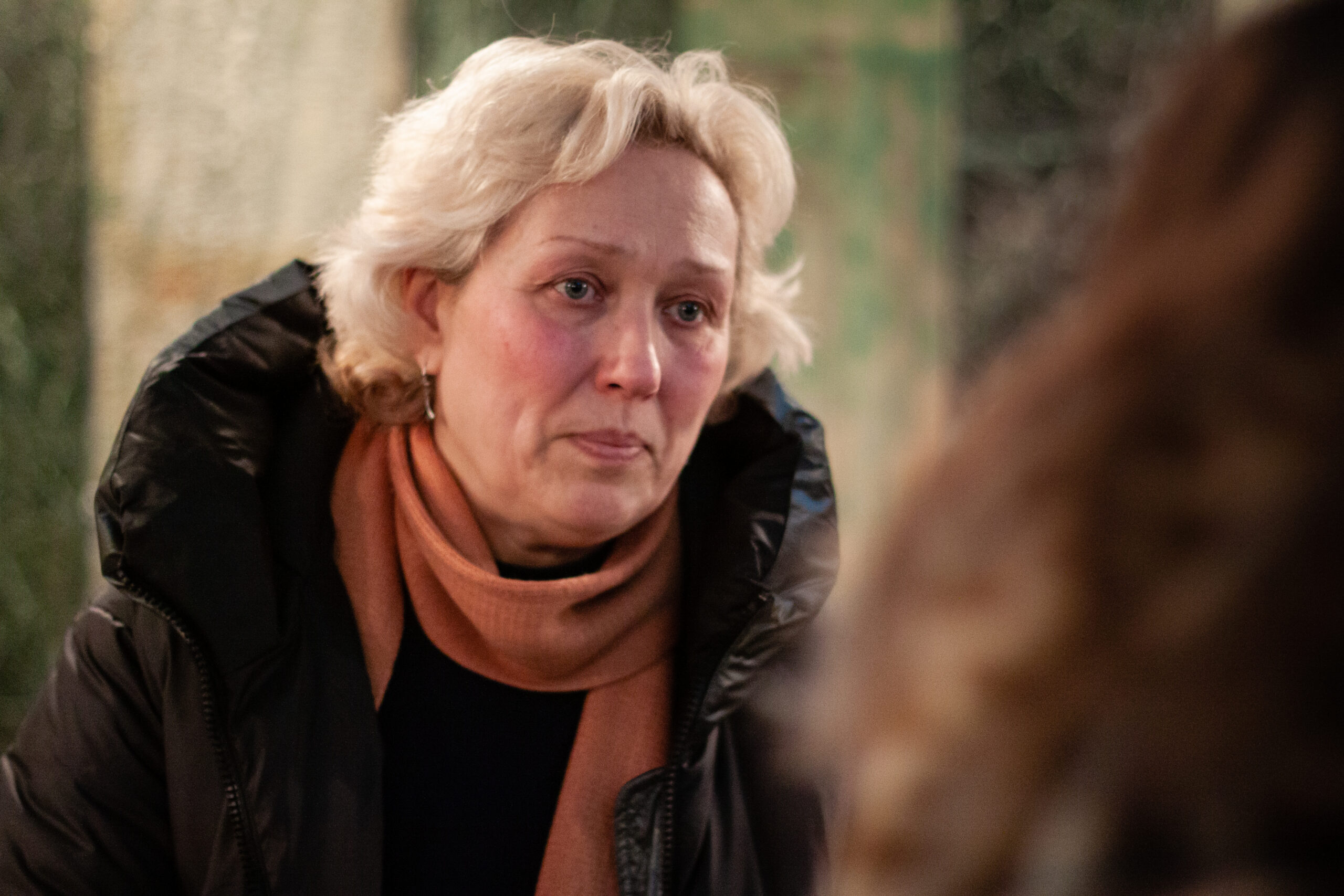 Svitlana teaches English at the National Aviation University. Her home is in the city of Fastiv in Kyiv Region. The day before the war, she was sowing pepper seeds at home. She also went out for groceries with her husband, she bought cookies. She couldn’t even imagine it would become useful so quickly.

In Fastiv, where Svitlana lived, it’s still quiet, in contrast to the neighboring town of Vasylkiv. Of course, sometimes there are sirens and people go downstairs to the basement shelter. There are just one or two real bomb shelters in this city.

“For me, taking the decision to leave was entirely unexpected,” says Svitlana. “My friend from the Peace Corps, with whom we worked together before, said that it was possible to go to Krakow. My husband went to the station and miraculously managed to get a ticket to Lviv. If there were no tickets, we would not have gone.”

Svitlana took her fourteen-year-old son with her. Her husband stayed in Fastiv.

Svitlana managed to pack only clothes, cookies and the necessities. Before the COVID pandemic, her husband and she began to travel the world and collect small souvenirs. Svitlana had the idea to take the collection with her, but decided not to take too many items.

On February 28, Svitlana arrived in Lviv. The day went as follows: they arrived, saw a lot of people at the station and immediately went to the bus station. There was also a crowd of people. Svitlana bought tickets to Krakow. Then her son and she found an apartment to get some rest. The next day, they registered as displaced persons and moved from the apartment to the shelter.

“You know, I never in my life thought that this would happen. The Soviet writer Viktor Shenderovich once said that it is difficult for people to believe in things that go beyond their experience. I thought so, too. But now I can assume anything could happen.”

Svitlana continues to keep in touch with colleagues, a lot of whom have remained in Kyiv. Her best friend could not leave because she has elderly parents whom she cannot abandon. Another friend who has children left, but her husband remained in Kyiv.

“Someone wrote that the people you are in contact with right now are your true friends. I agree with these words.”

Svitlana understands that the war could be long-term. But she just wants people not to die, and cities to be rebuilt somehow.

“I haven’t cried for many years, but now I’ve started a little bit,” says Svitlana. “Especially when I think of my husband, mother, brother… But first of all I have to take care of my child. He is a big homebody, and everything that’s happening around him is very strange for him. Now my only dream is that there will be no war. When our grandmothers said the toast, ‘Let there be no war,’ it seemed so strange. I could not imagine there’d ever be a war in the 21st century.”