“The son has learned new words: ‘boom’ and ‘scared”, Halyna, 29, the Kyiv region 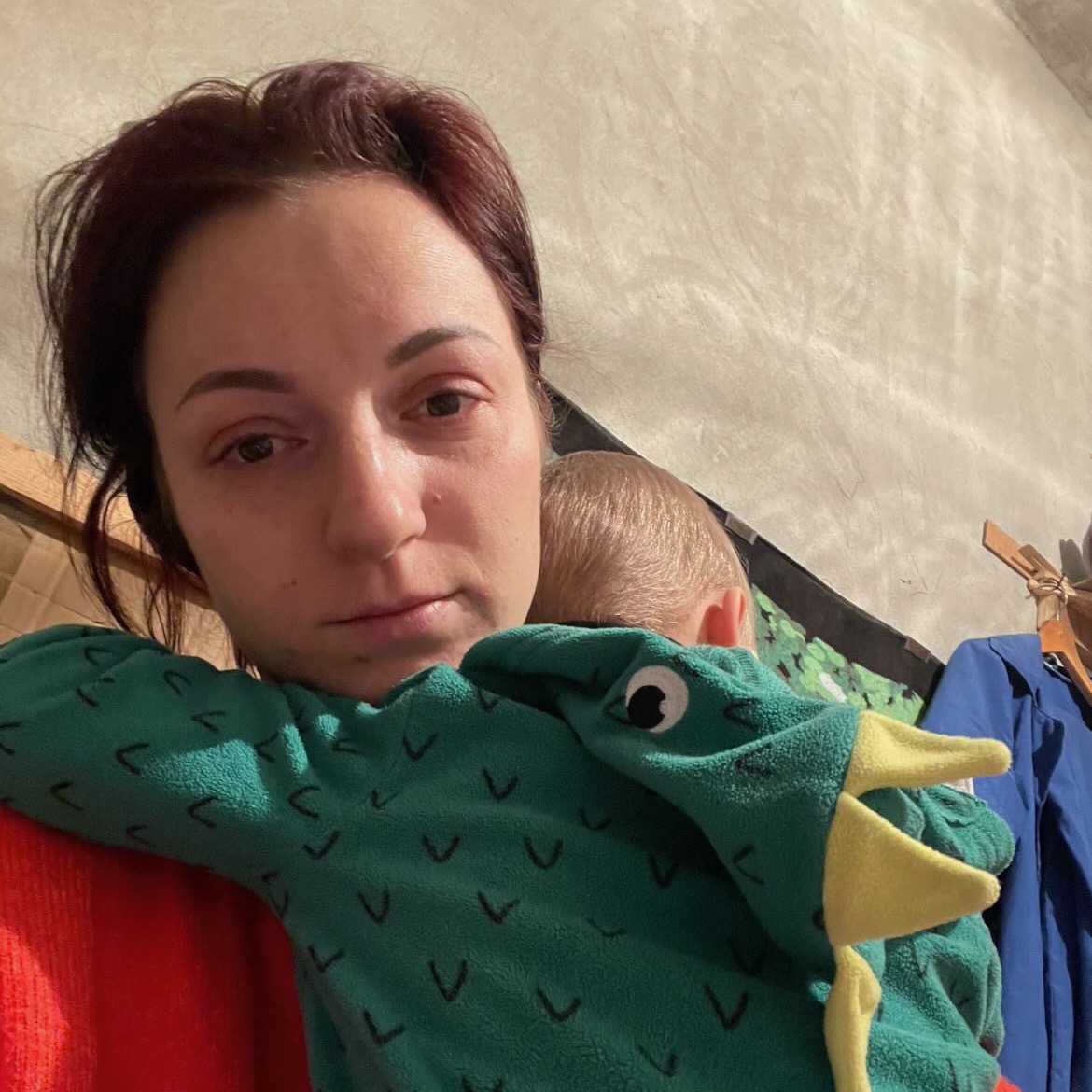 Halyna from Prolisok village in the Kyiv region is about to turn 30. Chances are she will spend her birthday in an unfamiliar underground parking lot where she has spent the past seven days. Halyna and her three-year-old son, Bohdan, are hiding from explosions. The boy is shaking. It might be his fever, or, even more likely, his fear. Halyna is scared as well but she keeps it to herself for the sake of her little son.

When the war started, Halyna could not understand what was happening. Still sleeping, she heard powerful explosions and woke up her husband who had been working in the kitchen with his laptop and fell asleep there. They thought something happened to their building and ran out to the balcony they shared with their neighbors. The neighbors didn’t know what was going on either. 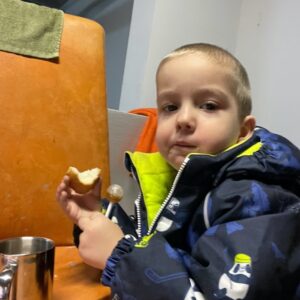 “And then new explosions followed,” Halyna says. “We didn’t wake the child up. I silently put together my documents in the kitchen. My mother-in-law called and said people saw a trace of a missile or something from the Odesa highway. We were still in Prolisky because we didn’t have a car and could not leave. But we saw people getting into their cars with bags and leave. By afternoon, several more explosions were heard. At noon or a bit later, we heard an explosion in Brovary and decided we should leave.”

It was difficult to find transportation. Taxi drivers were refusing to give them a ride to the closest subway station even for big money. An hour later, they finally found a driver who took them to the subway.

Halyna, her son, husband, and mother-in-law are currently staying in an underground parking lot in another village of the Kyiv region. She believes it’s safer in the shelter. During the day, they leave the shelter to take a shower and warm up in a house of their acquaintances who left their home. But staying there is unsafe because the house has no basement.

During the first days in the cold shelter little Bohdan was begging to go back home. He did not want to eat or sleep. A few days later, he started calling this place his new home.

“The son has learned new words: ‘boom’ and ‘scared.’ Last night [March 1 — ed.] was extremely horrible. The doors of the parking lot were shaking. It’s very hard to stay here with a child even though he does not understand much of what’s going on. I don’t understand why this is happening to us,” she said on the phone.

Due to low temperatures in the shelter, Bohdan has caught a cold and has a fever and a sore throat. Halyna’s husband went to a pharmacy to get some medicine, waited in a line for three hours, and bought whatever was left. Some unfamiliar girls offered them help and warm things for their child. 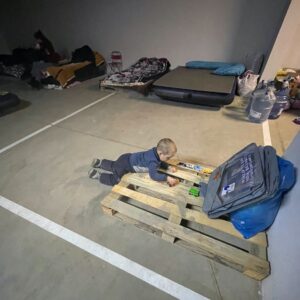 Halyna’s biggest fears are about her son. She calms him down by telling him about their future trip to the sea. To distract themselves, they go for a walk during the day and feed local dogs. In the evenings, they draw and hug each other.

Each morning in the parking lot Halyna has the same thoughts. “I am so happy I woke up. It’s the key thing. I look at the people who stay with us in the shelter. They don’t care how you look or how much money you have. We didn’t know each other, but now we’re like relatives. The war united us all.”